This is the final installment of the UConn Jazz Nonet's spring semester project, "The Complete Rebirth of the Cool".  As I mentioned previously, we acquired the music from Jeff Presslaff, a pianist/composer/trombonist now based in Winnipeg, Canada - my hometown. Of the six composers represented, I know five personally, so memories and feelings of nostalgia were often awakened as we prepared the music. 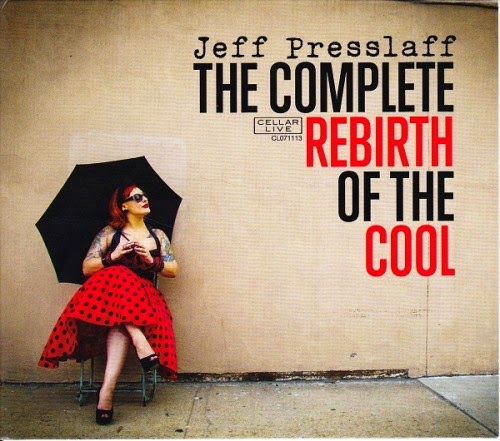 Saxophonist Ken Gold wrote "Tango Para Rosalba".  He was one of the first professional musicians with whom I gigged.  For a summer we played on weekends in the courtyard of Basil's restaurant in Winnipeg's Osbourne Village.  I remember him saying, "You too will reach an age when you have forgotten more tunes than you have learned."  I suppose I'm there.


Lastly, here's "November Night" by Jon Stevens, whom I haven't had the pleasure of meeting.  It's one of my favorites on the album for its eerie quality, tight harmonies, pretty melodies and the very subtle incorporation of extended instrumental techniques.

Posted by Earl MacDonald at 9:06 AM No comments:

Some Folks Just "Have It"

Will Bonness is a musical genius.  That he took piano lessons with me as a middle school student is a mere fortunate coincidence (for me).  'Nuff said.

"Stream of Unconsciousness", by Will Bonness
performed by the UConn Jazz Nonet, directed by yours truly.

Posted by Earl MacDonald at 9:24 AM No comments:

Email ThisBlogThis!Share to TwitterShare to FacebookShare to Pinterest
Labels: Birth of the Cool, UConn jazz, UConn Jazz Ensemble, Will Bonness

I was 17-years old when Jeff Presslaff moved to my hometown of Winnipeg from New York City.  I was a headstrong and impetuous teen, so rather than warmly welcoming him, I viewed him merely as competition. I made the assumption that he was just another cocky American musician rolling through town and was determined not to be outshone by this new jazz pianist.  I used his arrival as motivation to practice harder and made a point of trying to outplay him at jam sessions.

Thankfully I have mellowed as I've grown older and I now value relationships a whole lot more.  If I could do it over again, I would have befriended Jeff, gotten to know him as a person, and tried to learn a thing or two along the way.  Jeff Presslaff is a highly skilled and devoted musician (both on piano and trombone!) and he writes brilliantly.  He's also a really nice guy.

When I returned to Winnipeg last March to play with the Winnipeg Jazz Orchestra, there was Jeff, capably playing in the trombone section.  I really enjoyed the depth of our conversations during breaks.  It was at this time that I learned about his "Compete Rebirth of the Cool" project and was intrigued.  The way he described it, I thought it might make for an interesting programming choice with my student ensemble at some point.  We traded CDs, as I often do with musicians in my travels, and when I listened to it on the plane ride home, I knew I had stumbled upon a winner.

I really like Jeff's idea of using the instrumentation from the original Miles Davis nonet (a.k.a. "Miles Davis' tuba band") and attempting to continue where Davis, Mulligan and Evans left off.  I saw a similar approach when the Wind Ensemble conductor at UConn, Dr. Jeffrey Renshaw commissioned composers to write something using the same instrumentation as Stravinsky's Concerto for Piano and Wind Instruments.

Earlier this week I posted Jeff Presslaff's "Marda Loop", the opening selection from my UConn Jazz Ensemble concert on 4/16/2015.  Here are three more of his terrific pieces from the same concert:


All of this music from "The Complete Rebirth of the Cool" is available for purchase on Jeff's website: http://www.jeffpresslaff.com/recordings.php
Posted by Earl MacDonald at 3:53 PM No comments:

Let's Hear It For Dean McNeill

For starters, Dean McNeill is arguably the world's tallest trumpeter.  If he were to play in my big band, I would have him stand on the floor with his section mates on a riser.  But aside from his physical stature, he's also one hell of a composer, as you will hear in the pieces below.  I like how on a composition project inspired by Miles Davis' nonet, he made very thoughtful, subtle references to songs from the original Birth of the Cool recording. 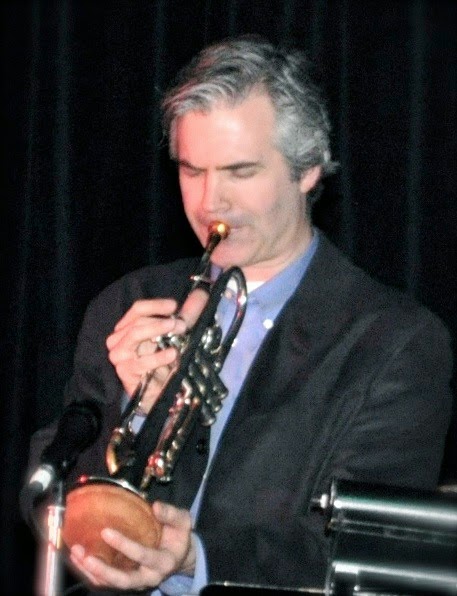 Dean and I were students together at McGill during the late-1980s and we are both from the Canadian prairies.  After graduate school at UNT, Dean returned to western Canada and become a professor of music at the University of Saskatchewan.  We occasionally cross paths now when adjudicating high school bands. It is fun seeing him in the role of music educator.

Two of Dean's compositions, "What Fourth" and "Such Sweet Sadness" were included in my 04/16/2015 UConn Jazz Ensemble concert billed as "The Complete Rebirth of the Cool".  Both pieces were unique, well constructed and unquestionably worth the effort to prepare.

Let's hear it for Dean McNeill! 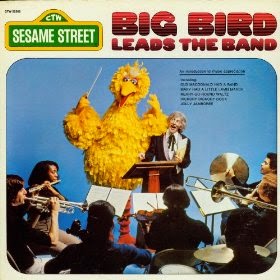 Posted by Earl MacDonald at 12:39 PM No comments:

Email ThisBlogThis!Share to TwitterShare to FacebookShare to Pinterest
Labels: Birth of the Cool, Dean McNeill I couldn't resist trying my hand at writing an arrangement using the "Birth of the Cool" instrumentation.  I call this one "Mishigas", which is Yiddish for... the craziness of this world (lack of sense and order).

The drums are used to outline the three roots in a blues progression.  The melody over top uses a weird scale that resembles harmonic minor with a raised fourth degree.  If there's an official name for this scale I'm unaware of it.

The song starts off and ends in G.  Each soloist plays in a different key; Dmi for piano, Emi for horn and F#mi for alto saxophone.  I added some simple backgrounds to frame each solo.

Check out Alex Gertner on that French horn!  Go Alex go!
Posted by Earl MacDonald at 10:36 AM No comments:

Email ThisBlogThis!Share to TwitterShare to FacebookShare to Pinterest
Labels: Birth of the Cool

The Complete Rebirth of the Cool

In response to last semester’s successful presentation of Miles Davis’ “Birth of the Cool,” the UCONN Jazz Nonet prepared Jeff Presslaff’s “The Complete Rebirth of the Cool,” which attempts to continue what Miles started. Six composers from the Canadian prairies are represented: Jeff Presslaff, Dean McNeill, Ken Gold, Will Bonness, Jon Stevens and Danielle Baert. Each was asked to write something inspired by the original album, but to take into account what has happened in the musical world since 1950, when Miles’ nonet dispersed. 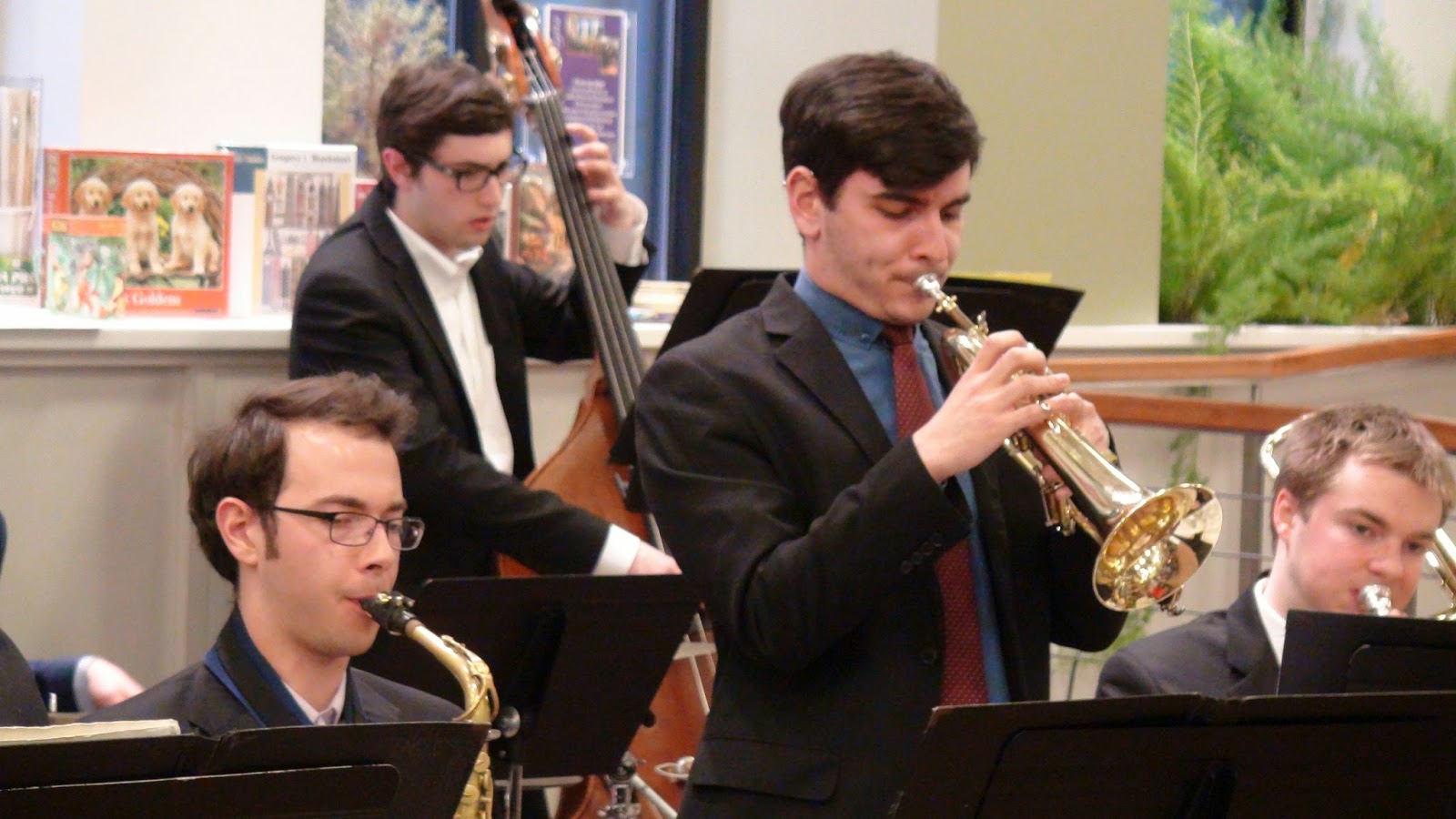 Over the next few days I will post videos of all the pieces performed.  Here are the first two:


Range Of Motion, by Danielle Baert:

Interestingly enough, Danielle and I were in a jazz quartet together while we were high school students in Winnipeg.  We also played in the University of Manitoba's big band before heading off to Montreal to study at McGill.
Posted by Earl MacDonald at 4:41 PM No comments: