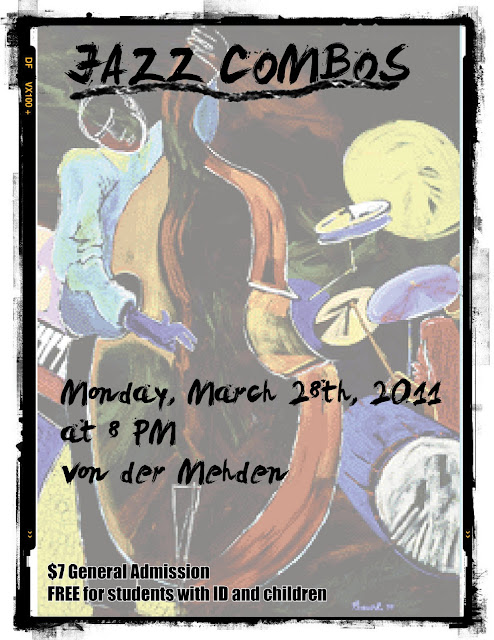 All five University of Connecticut jazz combos will perform next week on the von der Mehden stage.  Based on what I heard at the Jazz Showcase concert in February, this show will have plenty of variety ---- ranging from traditional jazz performed by Bill Reynolds' combo, "the Savoy Syncopaters" to modern selections by Chris Cheek or Kurt Rosenwinkel, performed by Gregg August's group "The UConn Jazz Quintet".  I coach a combo of freshmen who have been focusing on memorizing standard repertoire.  Their group name, "Raising Standards" not only reflects the memorization project, but their work ethic as well.  I hope you will join us.  Monday, March 28th at 8 p.m.
Posted by Earl MacDonald at 4:08 PM No comments: 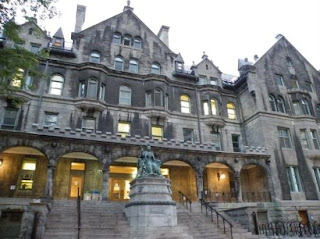 This week a writer from McGill News, the alumni news magazine for McGill University, interviewed me for an article he was writing about the 20+ alumni who have been nominated for Juno Awards this year. Here is a link to the article. As the interview unfolded, it dawned on me how remarkable it is that so many of my undergraduate classmates from the early 90s are not only still active in music, but have successful careers as jazz musicians (that’s an oxymoron if I ever heard one!). With apologies to anyone I may have missed, here is a partial list of my jazz classmates during my four years at McGill, and where they are now based, in no particular order: