Did anyone else throw up in their mouth upon hearing that Vijay Iyer won five categories in this year's DownBeat Magazine Critics Poll?  Top Pianist, top jazz group, top jazz artist, top jazz album and rising star composer.  Wow.  Maybe someone can explain this to me. 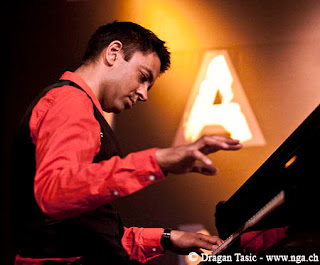 To my ears Billy Joel has a more refined, subtle touch than this guy at the piano.  Frankly, I despise the sound he gets from the instrument.  He's a great talker and writer, but his playing sounds like self indulgent banging to me.

When I first heard him play a decade ago, I had a mild, disengaged appreciation for his fusing Indian music with jazz, and was able to overlook his piano playing. I wonder... was it this fusion that endeared him to the critics?  If so, maybe my recording a duo record with my bagpipe playing father is long overdue.  Who would have thought that tapping into the roots of my Scottish-Canadian ethnicity might be the key to attaining worldwide critical acclaim?

Perhaps I'm sounding jealous.  Trust me, I'm not.  I just question if the critics (and their followers) actually listen to music, or if they formulate opinions based on social trends (fusion = cool.)  I really tried to listen to Vijay and find something to like about his music.  In his playing, and the conceptual approach to his trio, I simply don't hear much that appeals to me.  It doesn't capture my imagination or interest.  I can't even listen to an entire CD of his music without reaching for the remote.


You tell me.  What am I missing?  Certainly there is a musical reason he has won so many awards and was selected as Dave Douglas' successor at the Banff International Workshop in Jazz and Creative Music.  I just don't see hear it in the music outside of his Indian collaborations (of which his current album is not).   Do the DownBeat critics really think Vijay is a better pianist/musician/artist than Fred Hersch, Geoff Keezer, Uri Caine, Luis Perdomo, etc.?  I don't.

In social settings I am often asked "What are you listening to lately?"  I'll admit that sometimes I wish I could rattle off a list of musicians and recordings that wouldn't be met with a blank stare, requiring an explanation of who they are and what they do.  My current listening is no exception. 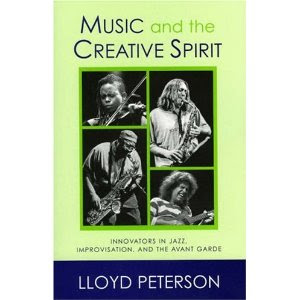 I recently read Lloyd Peterson's book, "Music and the Creative Spirit.  Innovators in Jazz, Improvisation, and the Avant Garde."  It is a collection of interviews with many established creative improvisors.  Many of the same questions were posed to the various artists, and it was fascinating to read about their creative processes, sources of inspiration, artistic visions, views on the future of jazz, observations regarding societal trends, etc.

In the instances where I especially enjoyed the interviewee's responses but wasn't familiar with their work, I went to the library and ordered some discs via inter-library loan.  For the past couple of weeks I have immersed myself in recordings by pianist Marilyn Crispell.  I found the following discs to represent a variety of musical contexts:
I also watched an instructional DVD by Crispell, entitled "A Pianist's Guide to Free Improvisation: Keys to Unlocking Your Creativity".

I had assumed that Crispell's music would be challenging, atonal listening.  Most of it wasn't.  It is music that demands one's full attention and "leaves your ears tired" after listening to an entire disc.  In her playing and writing, I think she achieves a nice balance between the cerebral and spiritual.  [Isn't this the goal of all great musicians?]  From disc to disc, it is apparent that she has a cohesive, mature artistic vision/style.  At times I wished she could coerce a warmer, more beautiful tone from the piano, but overall I think she is a fine pianist.  She isn't a flashy, dominating player, and perhaps for this reason my focus tended to zoom in on Peacock and Motion when listening to the trio disc. 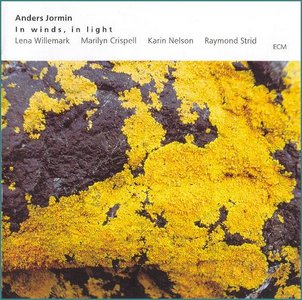 By far, my favorite disc of the bunch was Anders Jormin's "In Winds, In Light".  Crispell plays with impeccable taste which beautifully complements the other players.  The instrumentation is unusual, but it works!  The church organ textures are gorgeous. The percussion is sparse, creative and refined.  The vocals give it a vulnerable, human quality.  This is a disc I will be adding to my personal collection.  Here is a link to thorough review of the disc by John Kelman, on the All About Jazz website.

Next on my list of "Musicians to Check Out":  guitarist Fred Frith.
Posted by Earl MacDonald at 10:55 AM No comments: