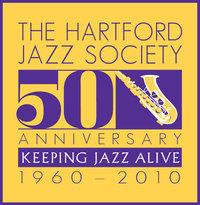 In my last post I outlined some of my frustrations with the Hartford Jazz Society.  In this follow-up article I thought it would only be fair to offer some ideas as solutions.

During these perilous economic times let's not be guided by nostalgia and fond memories of years past.
Don't Be Afraid To Dream:
Change the Slogan... now!
So... those are my thoughts and suggestions.  I'll be bringing this post to the direct attention of the HJS's Board of Directors, so if YOU have ideas to share as they ponder the organization's future direction, by all means, leave a comment (preferably on the blog rather than on my Facebook page.)
Ever up and Onward.
Posted by Earl MacDonald at 7:40 AM 3 comments:

If Facebook extended their relationship status indicators to include organizations, I'd have to select "It's Complicated" between myself and the Hartford Jazz Society.  In my first five years in Connecticut I made multiple attempts to initiate a relationship, with e-mails, letters and phone messages; none of which were returned.  Several years later I was invited to attend, share opinions and my expertise at an organizational planning sessions (which was mandated for them to receive grant funding).  Aside from the guests, there were no familiar faces in the room from audiences at my gigs, or performance venues I frequented at the time.  Most were (somewhat) elderly gentlemen.  Shortly after this encounter, I was asked to join their Board of Directors, which I agreed to do, for a period, after examining their stated aims and purposes, to which I enthusiastically agree and wholeheartedly endorse.  Idealistically, I had high hopes of breathing new vitality into an organization which I perceived to be dieing.  Their motto, "Keeping Jazz Alive", ironically reinforces this notion.  If mere survival is the goal, you're in trouble as an organization.

The board has expressed the desire to see new, younger faces in their ranks and audiences, but yet their list of annual events has remained unexamined and unchanged, for years (perhaps decades).  Either these event don't appeal to younger people or there are obstacles preventing them from being there.  Take the annual cruise for example:  No children are allowed and it lasts for 7 hours.  What young couple can afford two $50 tickets plus an additional $80 for babysitting.  $180 + food + beverages = one expensive date!  And for what?!  To hear a student ensemble or local group? 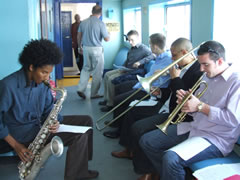 For now, it is my understanding that the cruise still manages to generate some funds... that is, until the remainder of the old club is too frail to attend or passes on.

On the contrary, the Valentine's dance, also priced at $50 / ticket, has been known to lose money.  The year during which I served on the board, one of the senior board members paid the balance from his own pocket.  If it generated a substantial amount of income towards accomplishing the organization's aims and purposes (such as scholarship funds or producing educational and cultural programs for schools, community centers, and colleges, I suppose I could palate the notion of dancing, although the event frankly has no appeal to me.  Again, it is an expensive date to which persuading my social peers to attend would be difficult, if not uncomfortable.

As much as I have enjoyed the concerts at the Wadsworth Aetna Theatre, they too are expensive.  I usually attend without my wife.  Maybe I'm cheap, but I view $30 as an expensive ticket price in Hartford for jazz.

I express these views "in love", because I want to see the organization succeed and thrive.  I was saddened and angered to learn of the internal robbery of funds, but perhaps it has created an opportunity for reevaluation, change and new directions.

In my next blog posting, I will share some ideas, with the intent of keeping things positive.  If someone must complain and point out problems, it is only right to offer some proposed solutions.  Ever up and onward.
Posted by Earl MacDonald at 9:08 AM No comments: 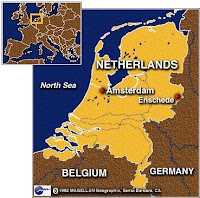 I just returned from a weekend in the Netherlands where I was one of five international finalists in the ArtEZ Jazz Composition Competition in Enschede.  It was an exhausting, lengthy trip from Connecticut, but overall I view it as worthwhile, despite not being selected as winner.

I enjoyed meeting some fine composers from Italy, Germany, Austria, and Holland.  In our casual conversations we shared stories about our teachers and collaborators, expressed opinions about what music we like and dislike, talked of the leading jazz orchestras in our countries, and discussed our compositional approaches.  It was insightful, healthy and fun discourse.  The connections I made will certainly be helpful as I make efforts to get my big band music played with more frequency "on the other side of the pond".

Each composer was alloted a 45-minute time slot with the orchestra, in rehearsal on Saturday.  Slight aspects of interpretation could be addressed.  I focused primarily on transitions, tempo changes and achieving my desired ensemble blend in one, specific passage. There wasn't time for much else. 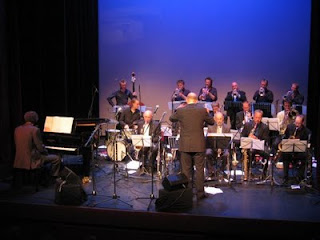 On Sunday, the Millennium Jazz Orchestra did a truly impressive job with the music of all 5 international composers.  Ultimately the judges chose American, Alan Chan as winner.  It was undoubtedly a difficult decision because each piece had admirable aspects. The motivic development, power and contrast in German, Jonas Schoen's piece, and the beautiful, sentimental melodic lines and dance evoking rhythms within Italian, Giovanni Savelli's "Kirshrot" were memorable.  Austrian composer, Reinhold Schmölzer's "Hurdles" had a strong sense of drama and an effective use of orchestration, although it wasn't overtly melodic.  It wouldn't surprise me if this young student of Ed Partyka and Jon Hollenbeck received some critical accolades of his own in the future.

The second half of the concert featured the music of the MJO's Henri Gerrits.  It was first-rate material that is scheduled to be recorded this month.  Consistently, the pieces had well-conceived overall shape, solid orchestrations and interesting solo backgrounds which helped guide the soloists. 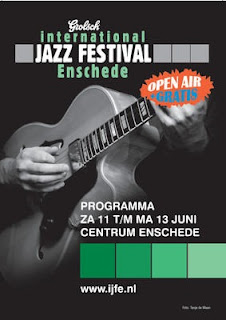 The Dutch jazz scene appears to be quite healthy.  The festival also sponsored a competition for local big bands.  There appeared to be dozens of groups, most of which sounded very good.  It was amusing to hear several Germans say that the Dutch treat jazz too casually, viewing it as background party music, over which to talk, drink and dance.  I wonder how they might view American audiences.

Although I returned home somewhat disappointed, I am not discouraged.  In addition to having heard some great, inspiring, new music, I return with a slightly expanded world view, having met new, talented individuals who share my passion for orchestral jazz composition.  Ever up and onward.
Posted by Earl MacDonald at 1:00 PM 7 comments: